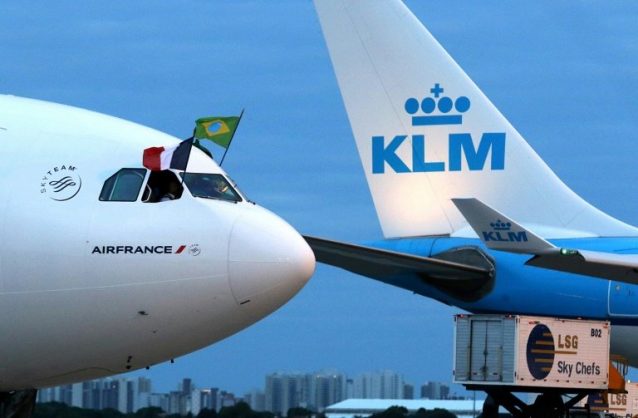 Air France and KLM merged in 2004 but continue to operate largely separately, while the French arm in particular has struggled with industrial action in recent years. AFP/Fabio LIMA

In compliance with the lockdown measures announced by the South African government on 25 March, Air France’s KLM airlines have decided to suspend all flights between South Africa and Europe.

“By the end of the lockdown period (expected 17 April 2020), Air France – KLM intends to resume services between South Africa and Europe with scheduled services between Johannesburg and Amsterdam, operated by KLM. The exact schedule will be confirmed at a later stage,” said the airline in a statement.

Travellers looking for more information on flight reservations, changes, refunds and re-bookings are advised to consult the dedicated pages on the Air France and KLM websites: www.airfrance.co.za, www.klm.co.za and on the agent connect platform: www.agentconnect.biz.

During the suspension of service, Air France – KLM can be contacted via the following channels:

Non-South African residents have also been advised to make themselves known by their embassy in South Africa.