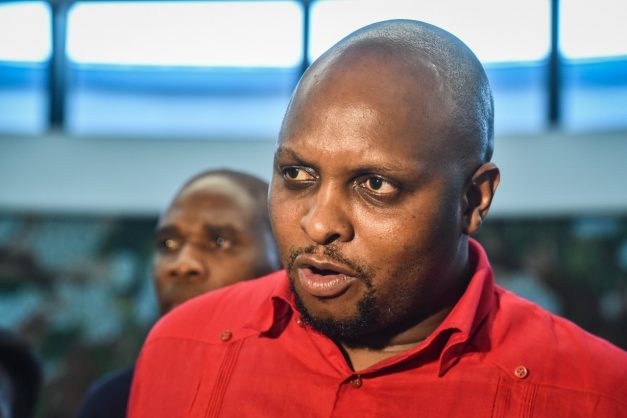 The Cape Town Magistrate’s Court was informed that a decision from the Director of Public Prosecutions (DPP) was still outstanding.

EFF deputy leader Floyd Shivambu has to await another 10 weeks to hear whether he will be prosecuted for an alleged assault on a photographer in parliament in 2018.

The case against Shivambu was called up in the Cape Town Magistrate’s Court on Thursday, where the court was informed that a decision from the Director of Public Prosecutions (DPP) was still outstanding.

Shivambu did not appear in person. The case was postponed in his absence to 5 June for the court to be informed of the DPP’s decision.

Shivambu and his legal team made representations to the DPP’s office on why he should not face a common assault charge for the attack on Adrian de Kock in parliament’s precinct on March 20, 2018.

Shivambu apologised for the incident in person later that day, saying he did not know De Kock was a journalist, News24 reported previously.

He claimed he was surprised when De Kock took pictures of him, saying his behaviour was “inappropriate”.

De Kock accepted Shivambu’s apology, but said afterwards he had already laid charges with the police.

A separate investigation was being conducted by parliament.