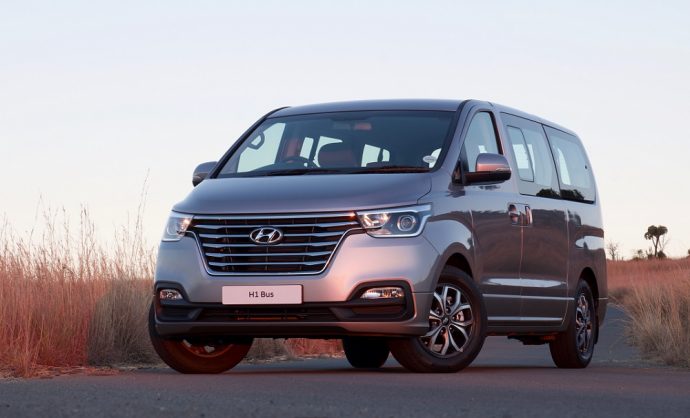 H-1 will switch to a front-wheel-drive platform and drop the 2.4-litre petrol and 2.5 CRDI engines.

Introduced close to 13 years ago, the long overdue replacement for the current second generation Hyundai H-1 has been spotted undergoing testing in South Korea ahead of its rumoured world debut next year.

Spied by autopostkorea.com, the H-1, known in its home market and others as Starex or iMax/iLoad in Australia, represents a radical departure from the current model (pictured) by adopting a sleeker, more minivan-like appearance similar to the Kia Sedona instead of the boxy traditional van look it has become famous for.

Decked-out in heavy layers of black cladding with only the roof, A-pillar, mirrors, part of the doors and section of the front wings visible, the H-1’s lower air intake has been left exposed along with the rounded bottom mounted fog lights, which suggests a possible split headlight design.

With its silhouette not only mirroring that of the Sedona but also the Renault Espace and North American Chrysler Pacifica, Auto Post further reports that the H-1 will switch to a front-wheel-drive platform and drop the 2.4-litre petrol and 2.5 CRDI engines for the same 2.2 CRDI as its sibling.

Just as dramatic, interior will become more car-like and closer in design and layout to not only the Santa Fe, but possibly also the Sonata with certain markets set to once again feature a more premium Grand model as the range’s flagship. In its current form, the H-1 provides seating for three in panel van spec or 12 in the people-carrying Wagon. Expect a raft of new features, including safety and driver assistance systems, to become available as well.