Unions fight for workers’ rights before lockdown even starts 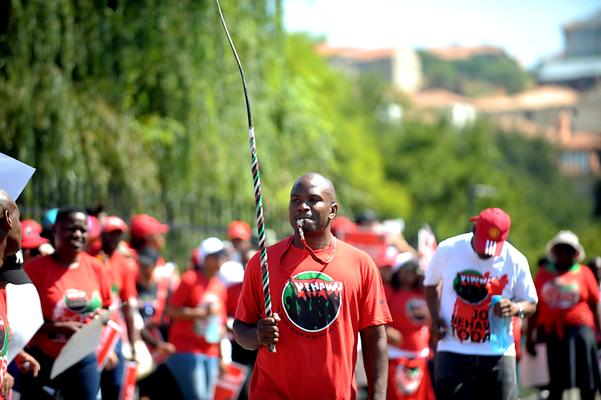 Cosatu condemned employers who compelled their employees to take annual leave during the lockdown.

While President Cyril Ramaphosa has successfully won over various organisations for the lockdown, trade unions in the public sector, hospitality and catering and the financial services are gearing up for mass action.

Public servants were told to sacrifice their leave to fund wage increases and that prompted them to take to the streets, which could disrupt the fight against coronavirus.

The National Education, Health and Allied Workers’ Union (Nehawu), the biggest union in the public service, resolved to stage a protest against the government for failing to honour its public wage agreement.

The Nehawu secretariat said it was mobilising for a national day of action because the government had “made it clear that it is not willing to honour the last leg of the 2018 public service wage agreement”.

The union said the government told them at the Public Service Coordinating Bargaining Council meeting this week the workers must fund the increase through pay progression and capped leave.

In the hospitality sector, some employers had laid people off.

The South African Commercial Catering and Allied Workers Unions (Saccawu) said some workers had been given less than 24 hours’ notice and “threatening ultimatums”.

Saccawu spokesman Mike Sikani said: “The silence around the fate of workers is deafening, as is the case around their ability to survive the pandemic whilst also being able to fulfil their financial obligations.

“It is quite insensitive, irresponsible and irrational to simply argue that workers must be laid off when there are no means put in place to cushion their burden once they are away from their jobs and source of income.”

The Congress of South African Trade Unions (Cosatu) condemned employers who compelled their employees to take annual leave during the lockdown.

It said this was against the standing agreement that people must be put on special leave and paid their wages in the next three weeks.

Cosatu national spokesman Sizwe Pamla said employers were required to pay the UIF benefits to employees during the shutdown and they would be reimbursed.

David Mabuza tests negative for Covid-19 after a close encounter