PARIS — Faced with a surge in coronavirus cases driven by the Omicron variant, President Emmanuel Macron of France said Wednesday that he wanted to “piss off” millions of his citizens who refuse to get vaccinated by squeezing them out of the country’s public spaces.

By shocking the nation with a vulgarity three months before presidential elections, Mr. Macron was relaying not only a public health message, but also a political one. He appeared to be calculating that tapping into the growing public anger against the unvaccinated held more potential electoral rewards than the risk of angering an anti-vaccination minority whose support he has little hope of ever getting.

Using his harshest language yet to urge the recalcitrant to get their shots, Mr. Macron said he would not “throw them in prison” or “vaccinate them by force.” But he made it clear he meant to make their lives harder.

In doing so, Mr. Macron, an inveterate political gambler who became the nation’s youngest leader ever five years ago, effectively kicked off his campaign for re-election Wednesday, drawing clear lines between his supporters and opponents. He also moved the focus of debate away from themes like immigration and Islam that have dominated the political race so far and that are advantageous to his strongest rivals, on the right and far right.

Mr. Macron was clearly seeking to tap into a rich political vein that his counterparts have been more cautious to exploit: anger among the majority of vaccinated people at a minority who refuse to get vaccinated and disproportionately occupy hospital beds. More than 77 percent of French people, and 92 percent of those 12 and older, have received at least two doses, according to the government.

“The unvaccinated, I really want to piss them off,” Mr. Macron said, using a French word that is more vulgar, explaining that a new, reinforced vaccine pass would make it impossible for the unvaccinated to go to restaurants and cafes, or the theater and cinemas. Their recalcitrance, as well as the surge in cases in France, is threatening to undermine his success so far in tackling the pandemic.

Elsewhere in Europe — faced with the same dilemma that the pandemic might not be reined in until the unvaccinated change their minds — leaders have been more hesitant to confront groups opposed to vaccinations that are often well-organized and vocal.

In Germany and Austria, the prospect of being coerced to get Covid shots has fueled angry and sometimes violent protests. Mandatory vaccination has long been dismissed as an option, not least by Germany’s new chancellor, Olaf Scholz, but has increasingly gained support among politicians and virologists who say that other measures have failed to increase vaccination rates fast enough.

In Germany, Mr. Scholz stressed that he was “chancellor of the unvaccinated, too.” But Germany has excluded unvaccinated people from much of public life and is now debating whether to make vaccination mandatory. Mandatory vaccination is also scheduled to come into effect next month in Austria.

In Italy, the government is planning to introduce new measures to reduce the number of unvaccinated, possibly making shots mandatory for those over 60. But Italy’s large coalition government is struggling to find consensus on the measures, split between center-left groups that are in favor of mandatory vaccination and right-wing parties that are against it.

Prime Minister Boris Johnson of Britain has not applied significant pressure on the unvaccinated, instead preferring to try to persuade Britons to get shots. That is partly because a powerful faction within Mr. Johnson’s Conservative Party opposes coronavirus restrictions on libertarian grounds, or worries about their economic impact.

“Clearly, there are a number of leaders who don’t know anymore what to do,” said Adrien Abécassis, who has written about the politics of vaccination and is the head of research at Paris Peace Forum, an organization focusing on international governance.

By contrast, in France, Mr. Macron has steadfastly stuck to a policy of vaccinating as many people as possible, Mr. Abécassis said, “So there is strong legitimacy in having the highest possible vaccination rate. The strategy from the start has been to impose social sanctions of exclusion to those who don’t respect the social norm, which is to get vaccinated.”

Mr. Macron’s comments were published before France again registered a record number of infections on Wednesday evening — 332,000 cases — in the previous 24 hours, as the highly contagious Omicron variant sweeps across the country and the rest of Europe. The president was also reacting to moves this week by opposition lawmakers to delay the passage in Parliament of a bill that would make it possible to obtain France’s health pass only through vaccination and no longer with a negative test.

The rapid spread of Omicron has strained Mr. Macron’s successful pandemic strategy and an underlying unwritten social contract between the government and the people. In return for agreeing to get vaccinated, the government has offered the French a near-normal life since last summer, with few of the more serious restrictions that France’s neighbors have reimposed.

Nearly 92 percent of French people 12 years old and over have now received at least two doses, an unexpected feat in a country that had been one of the most suspicious of vaccines just a year ago, according to polls. Mr. Macron’s bet last summer on the twin powers of vaccines and health passports proved popular and contributed to his positive approval rating — about 40 percent, a high level compared to those of his predecessors in the same period before their own bids for re-election.

But about five million French, including four million adults, have yet to get a single shot.

Mr. Macron’s use of a vulgar expression was clearly meant to tap into the growing anger by the overwhelming majority of vaccinated people against the unvaccinated minority, said Stewart Chau, an analyst for the polling firm Viavoice and a sociologist.

“Creating divisions around the issue of the pandemic is what the president of the republic tried to do by saying out loud what others are thinking quietly,” Mr. Chau said, adding that the word would speak to a “public opinion that, after two years of a health crisis, is worn-out and exhausted” as well as more “irritable and emotional.”

The president’s rivals attacked his use of the vulgarity as “unworthy of a president,” “shocking” and “divisive.”

Gabriel Attal, the government spokesman, pushed back, saying that the president’s choice of language represented only a fraction of “the anger of the great majority of French people confronted with the choice to oppose vaccination.”

“Let’s speak frankly — who pisses off whom?” Mr. Attal said, adding that it was those “who refuse to be vaccinated” who are “ruining the lives” of health care workers, the elderly, and those working in theaters, restaurants and other businesses.

Mr. Macron studiously used the word “emmerder,” which is translated literally as “to mire in excrement” and means to “annoy” or “to give a hard time to.”

The global surge. The coronavirus is spreading faster than ever at the start of 2022, but the last days of 2021 brought the encouraging news that the Omicron variant produces less severe illness than earlier waves. As such, governments are focusing more on expanding vaccination than limiting the spread.

Last month, during a long television interview, Mr. Macron said he regretted harsh words he had used in the past on other issues — and which had helped create an image of him as an elitist politician disconnected from the people. In a speech, he had once divided people into two categories: “Those who succeed and those who are nothing.”

Mr. Chau, the pollster, said that Mr. Macron’s use of crude slang would probably not weaken his core support. But it could alienate the undecided by reviving Mr. Macron’s image of arrogance.

“It’s the overriding character trait of Emmanuel Macron that he’s never been able to shake off,” Mr. Chau said.

Mr. Macron used the crude slang — not once, but three times — in a reply to a reader of the daily newspaper “Le Parisien.” In interviews organized at the Élysée Palace, Mr. Macron replied to various questions, including to a woman who pointed out that the unvaccinated occupied most of the beds in intensive care units and prevented others, including cancer patients, from getting the care they needed.

Mr. Macron said the unvaccinated were a rebellious minority whose numbers he planned to shrink by “pissing them off.”

“In democracy, the worst enemies are lies and stupidity,” he said.

Mr. Macron appeared to be hewing to a strategy — expressed by his allies in recent months — of portraying himself as the candidate of “reason” and solidifying his hold on the center.

His words also targeted a segment of the electorate that is unlikely to vote for him, as evidenced by the strongest reaction to his choice of language, especially from the extreme left and the extreme right.

Marine Le Pen, the far-right leader and one of Mr. Macron’s main rivals, accused him of “waging war” on the unvaccinated. Eric Zemmour, the far-right TV pundit and another leading competitor, said Mr. Macron’s words revealed his cruelty toward a class of “despised French.”

One person killed in US airdrop in Syria

2021 Nobel Peace Prize Winners Have Faced a Year of Battles 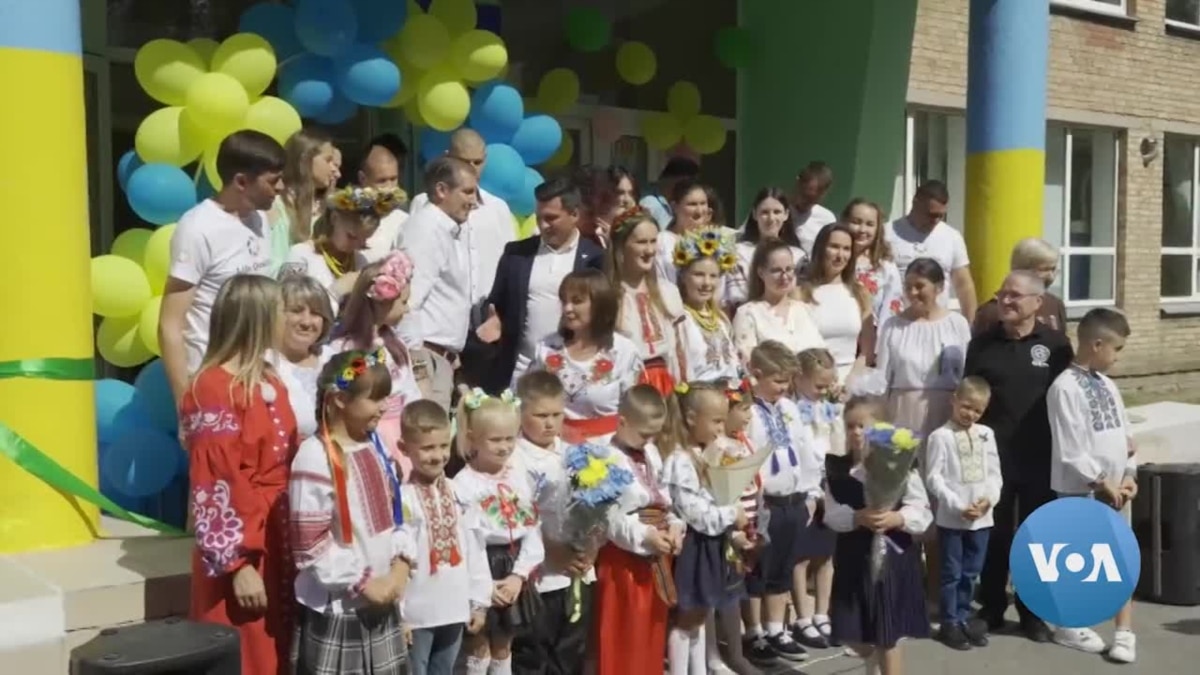